We are shaped and fashioned by what we love. -Goethe-

I've always known that the animals can healing hearts that yearn for close contact and love. the babies in their cloud of soft, warm fur had touched something deep in the family..

Numerous times, I've seen how the loving presence of animals can heal where words have no effect. It seems the language of the heart is simple after all. 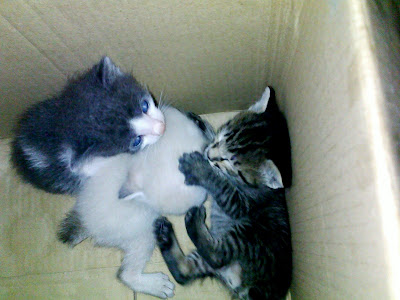 Kindness to animals is something every Muslim should understand as a part of his worldview.

It is such a serious matter that in Islam, it is understood that one could gain Heaven or Hell due to one’s treatment of animals.

Mistreating animals is considered a sin in Islam. A Muslim is responsible for the care of animals so much so that an ill-treated animal will testify against the one who abused it on the Day of Judgment.

Islam forbids branding animals and killing them in vain, such as for sport. The Prophet Muhammad SAW forbade people to capture birds, burn anthills, and whip animals. Even in slaughtering animals for food, Islam requires that the slaughtering be done according to Islamic procedure, which is humane and aims to cause the animals as little suffering as possible. As humans, we have a responsibility towards every living creature. 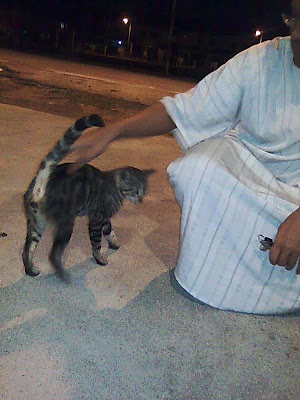 "Where are the people of the Sunnah? Has Allah plucked the mercy from the hearts of people to make them so cold that they lack an ounce of sympathy for one of Allah’s beautiful creatures though they see it so helpless and pitiful? Where are the Abu Hurairah of today?"

Abu Hurairah was a close companion of the Prophet Muhammad SAW and has narrated more hadiths, or sayings of the Prophet Muhammad SAW, than any other companion. He was known for being very sympathetic and loving towards animals so much so that although his name was `Abdur Rahman, he was known as Abu Hurairah, meaning "father of the kitten." He was called so because of a small cat that he used to feed and care for and carry with him everywhere he went. cute! =D 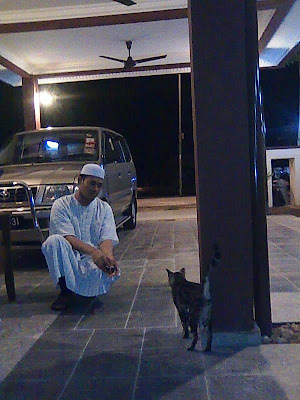 Cats were very common among the people during the time of the Prophet, and he said,

“They (cats) are not impure and they intermingle with you."
(Narrated by Abu Dawud)

The cat is such a clean animal that according to authentic narrations one may make ablution for prayer with the same water that a cat drank from.

Yet, it is known that some people nowadays have opposed the traditions of the Prophet by taking up the evil practices of torturing and poisoning cats.

In Islam, punishment for such acts is severe. Both Al-Bukhari and Muslim reported a hadith regarding a woman who locked up a cat, refusing to feed it and not releasing it so that it could feed itself. The Prophet Muhammad said that her punishment on the Day of Judgment will be torture and Hell. 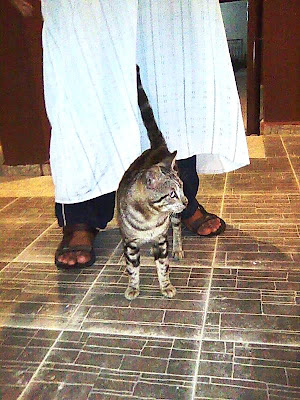 Many Muslims have misunderstood Islam’s teachings regarding dogs, and this misunderstanding has led to the mistreatment of these animals.

"Purifying a container that a dog has licked (in order for human’s to use it) is done by washing it seven times, the first washing being with dirt."
(Narrated by Muslim.)

However, according to some scholars, a dog’s fur is considered pure (See Fiqh Us-Sunnah by Sayyid Sabiq)

Nonetheless, Muslims are discouraged from keeping dogs inside their homes, as the Prophet has been reported as saying that angels do not enter into a house that has a dog. (Al-Bukhari Muslim)

However, just because one does not keep a dog inside the home and doesn't drink after it, that does not give one the right to neglect it, mistreat it, or kill it. The usefulness of this creature of God is indisputable. No other animal can compete with it in its loyalty to its caregiver, its abilities as a guard, and its talent for hunting.

In fact, the Quran narrates in Surat Al-Kahf, or "The Cave," the story of some pious youths who took refuge in a cave from the persecution and violence of the unbelievers. 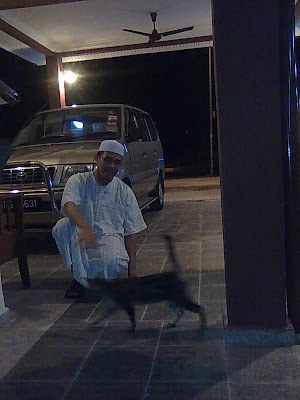 That these righteous people had a dog with them, and the fact that Allah mentions the dog and counts the dog among them, indicates that dogs are permitted to live among people.

And you would have thought them awake, whereas they were asleep. And We turned them on their right and on their left sides, and their dog stretching forth his two forelegs at the entrance (of the cave as a guard).
(Al-Kahf 18:18)

So dogs may be used for guards as well as for hunting, as the Quran also states:

They ask you about what is lawful for them (as food); Say: Lawful unto you are (all) things good and pure: and those beasts and birds of prey which you have trained as hounds, training and teaching them (to catch) in a manner as directed to you by Allah; so eat what they catch for you, but pronounce the name of Allah over it and fear Allah, for Allah is swift in reckoning.
(Al-Ma'idah 5:4)

In two separate hadiths narrated by Abu Hurairah (the cat-loving companion), the Prophet told his companions of the virtue of saving the life of a dog by giving it water and quenching its thirst: one referred to was a man who was blessed by Allah for giving water to a thirsty dog. 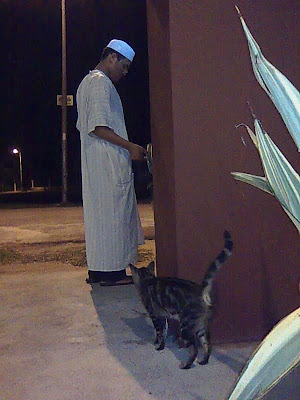 The other was a prostitute, who filled her shoe with water and gave it to a dog that was lolling its tongue in thirst. For this deed she was granted the ultimate reward: eternal Paradise.

Islam asks people to reflect upon this and be aware of each person’s duty toward God’s creatures, which He has put on earth for our use, not for our abuse. When the Prophet was asked if God rewarded acts of charity to the animals, he replied, "Yes, there is a reward for acts of charity to every beast alive." 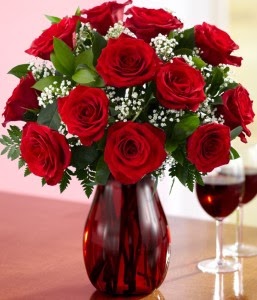 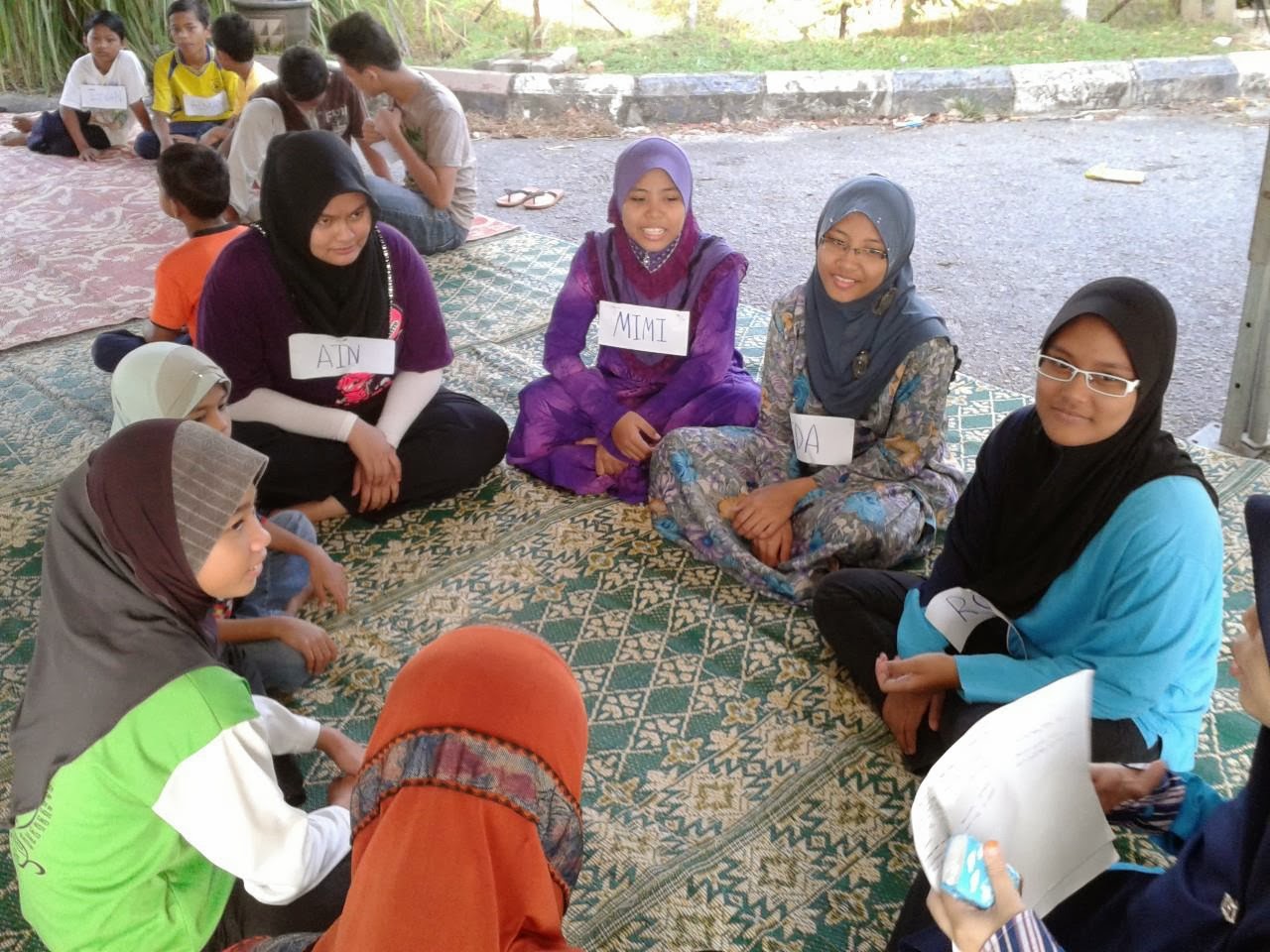 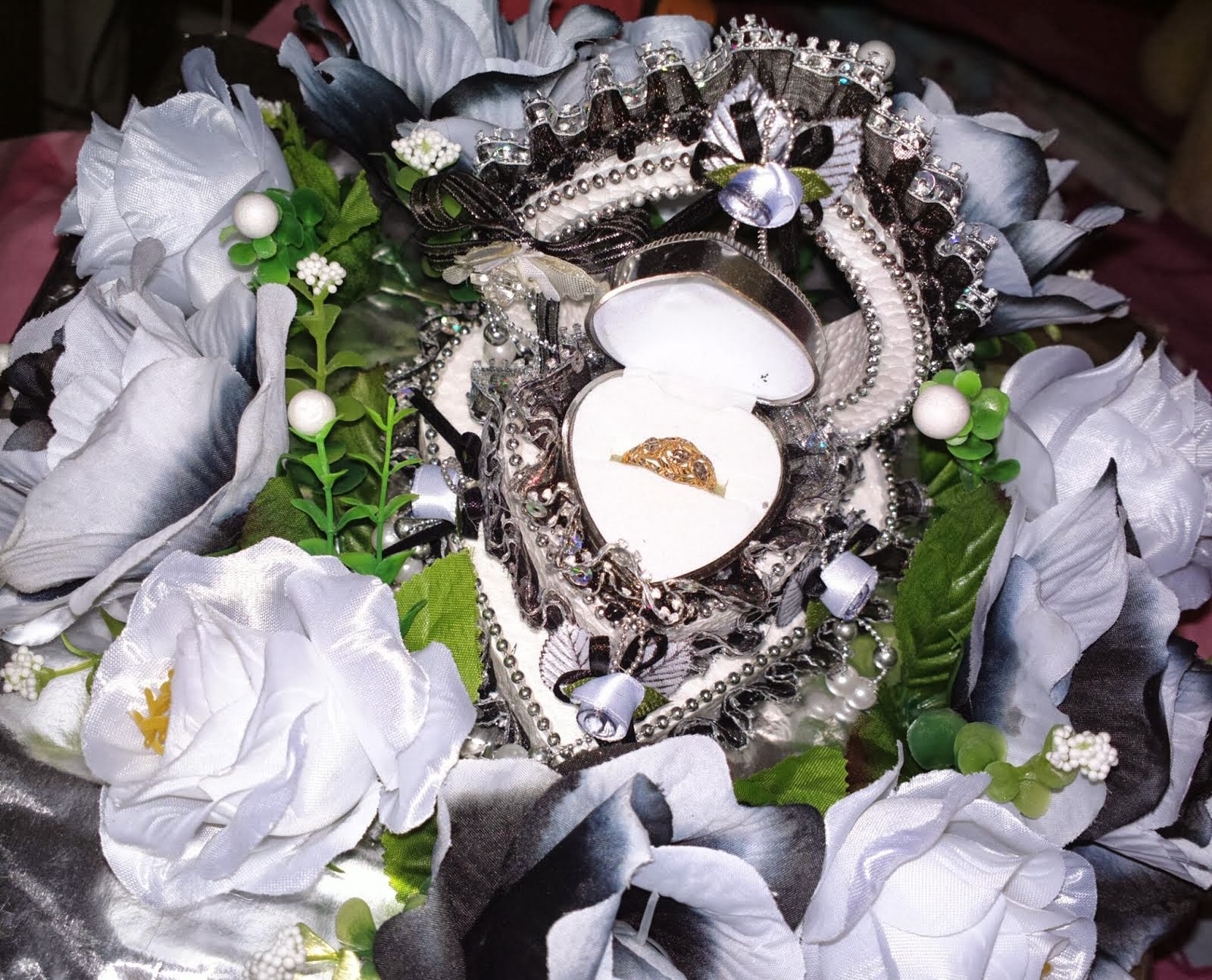 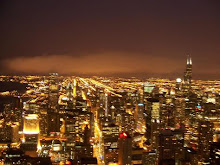 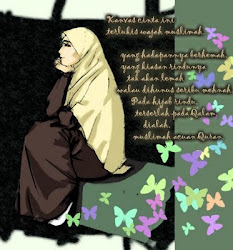